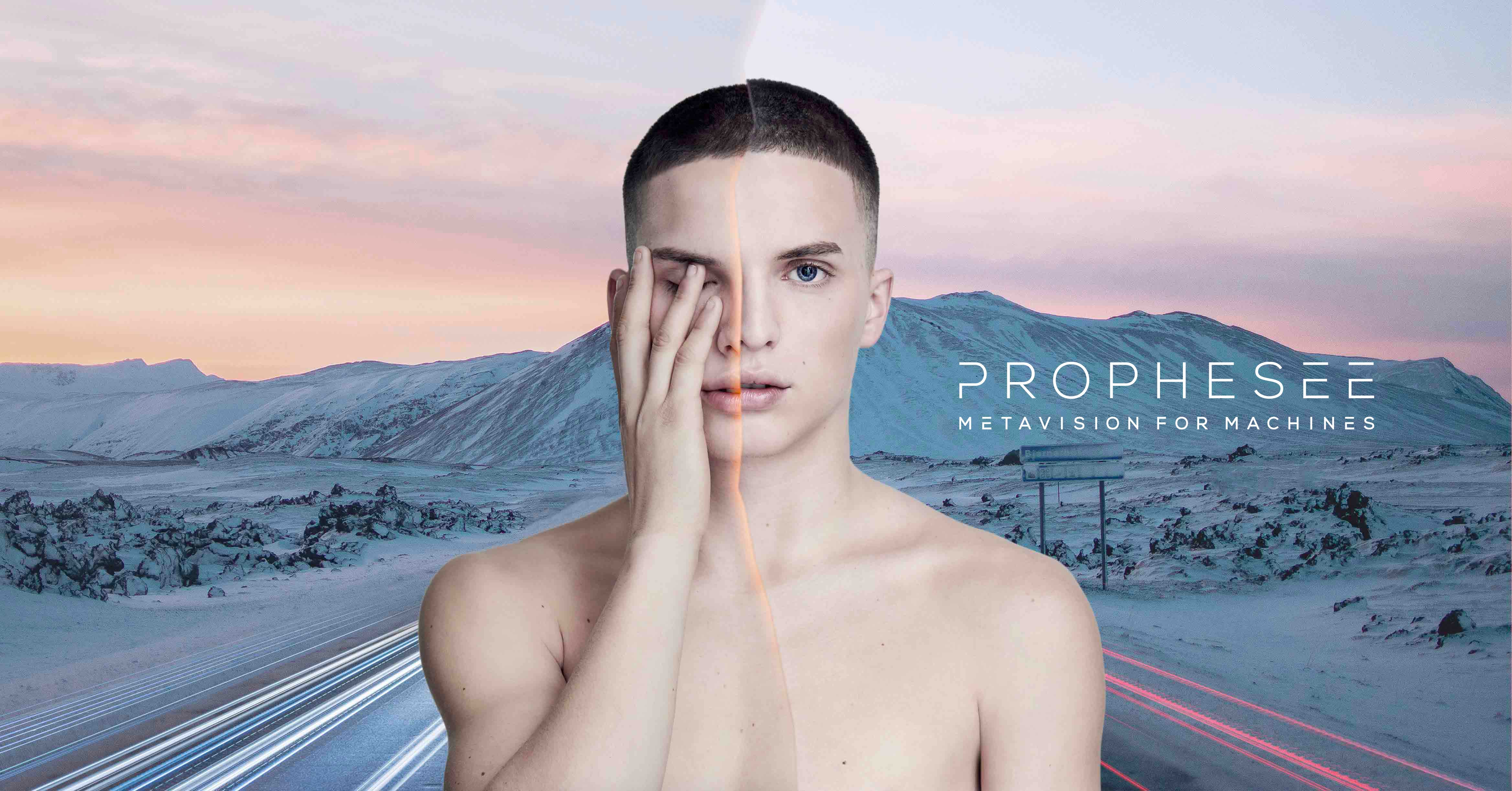 A new paradigm in machine vision: revealing the invisible and opening a new era of metavision for machines

The financing is further market validation of the company’s patented approach to revolutionizing the next generation of machine vision applications, such as autonomous vehicles, robots, industrial automation and IoT devices. This new technology allows cameras and sensors for the first time to view and analyze extremely fast and fleeting events, as well as effectively operate in challenging conditions like extreme light contrasts. Prophesee-powered systems also operate at record levels of power efficiency, enabling sensor ubiquity and portability.

The latest round builds on the $20 million Prophesee has raised over the past three years, and will allow it to accelerate the development and industrialization of the company’s innovative technology.

A disruptive technology that helped restore sight to the blind now reveals the invisible to machines.

The roots of Prophesee’s technology run deep into areas of significant achievements in vision, including the breakthrough research carried out with the Vision Institute (CNRS, UPMC, INSERM) on the human brain and eye during the past 20 years. Early incarnations of the Prophesee technology helped in the development of the first industry-grade silicon retina which is currently deployed to restore sight to the blind.

The rise of neuromorphic engineering

At the heart of the Prophesee inventions is a breakthrough technology that mimics the human eye and brain and allows machines to see what was previously invisible to them, making human interactions with them more efficient, more reliable and safer than ever.

Thanks to its extremely fast vision processing (equivalent of up to more than 10,000 frames per second) capabilities, Prophesee’s bio-inspired technology enables unprecedented performance levels in real-time, allowing machines to capture scene changes not previously possible in machine vision systems  for robotics, industrial automation and automotive.

Its high dynamic range of more than 120dB lets systems operate and adapt effectively in a range of challenging and changing lighting conditions. It sets a new standard for power efficiency with operating characteristics of less than 10mW, opening new types of applications and use models for mobile, wearable and remote vision-enabled products.

Broad range of applications in many industries

“Our event-based approach to vision sensing and processing has resonated well with our customers in the automotive, industrial and IoT sectors, and the technology continues to achieve impressive results in benchmarking and prototyping exercises. This latest round of financing will help us move rapidly from technology development to market deployment,” said Luca Verre, co-founder and CEO of Prophesee. “Having the backing of our original investors, plus a world leader in electronics and consumer devices, further strengthens our strategy and will help Prophesee win the many market opportunities we are seeing.”

Mimicking the human eye and brain, the company’s unique event-based method selects only the most useful and relevant elements of a scene, reducing the power, latency and data processing requirements imposed by traditional frame-based systems

Prophesee’s sensors and camera systems open vast new potential in areas such as autonomous vehicles, industrial automation, IoT, security and surveillance, and AR/VR. Its solutions improve safety, reliability efficiency and user experiences across a broad range of use models.

Prophesee is based Passage de l’innovation in Paris, with local offices in Japan and USA, is driven by a team of 60 visionary and global engineers, holds more than 20 international patents and is backed by leading international investors including 360 Capital Partners, Supernova Invest, iBionext, Intel Capital, Renault Group, and Robert Bosch Venture Capital. More information can be found at www.prophesee.ai.