no time spent on re-encoding images

Prophesee’s neuromorphic Event-Based Vision solutions stem from in-depth human vision study. That is why we are particularly excited to see the success of our friends at GenSight Biologics in restoring sight to the blind.

A recent study published in Nature Medicine, in partnership with The University of Basel-UPMC, reported the first case of partial functional recovery in a neurodegenerative disease after optogenetic therapy.

Our Metavision® sensing technologies were used in a light-stimulating medical device (in the form of goggles) and combined with gene therapy to treat a patient with Retinitis Pigmentosa.

A team at The University of Basel-UPMC used optogenetics therapies combined with tech from Gensight to study the treatment of hereditary blindness diseases like Retinitis Pigmentosa, which afflicts 1 in 4,000 people born in the US every year.

Optogenetics is a biological technique that involves the use of light to control neurons that have been genetically modified to express light-sensitive ion channels. In this study the research team injected a gene isolated from a light-sensing species of green algae into one of the patient’s eyes.

Dr. José-Alain Sahel, Distinguished Professor and Chairman of the Department of Ophthalmology at the University of Pittsburgh School of Medicine, co-founder of Gensight Biologics and co-lead investigator for the PIONEER study explained in an article this was discovered in the late ‘90s and early 2000s.

These proteins exist in algae, capturing light and triggering an electrical response that enables the algae to move towards or retract from light, and it’s a single protein so it’s a very fast response.

A few months after injection, cells are able to detect light and carry the subsequent electrical charge down to the optic nerve. However, they are most sensitive to high intensity light, specifically 590nm wavelength (amber).

To address this issue GenSight developed goggles using our Event-Based Vision sensing technologies to be able to capture this range of light as well as detect changes in light sensitivity. The pixel by pixel function captures only changes, functioning like the human eye. 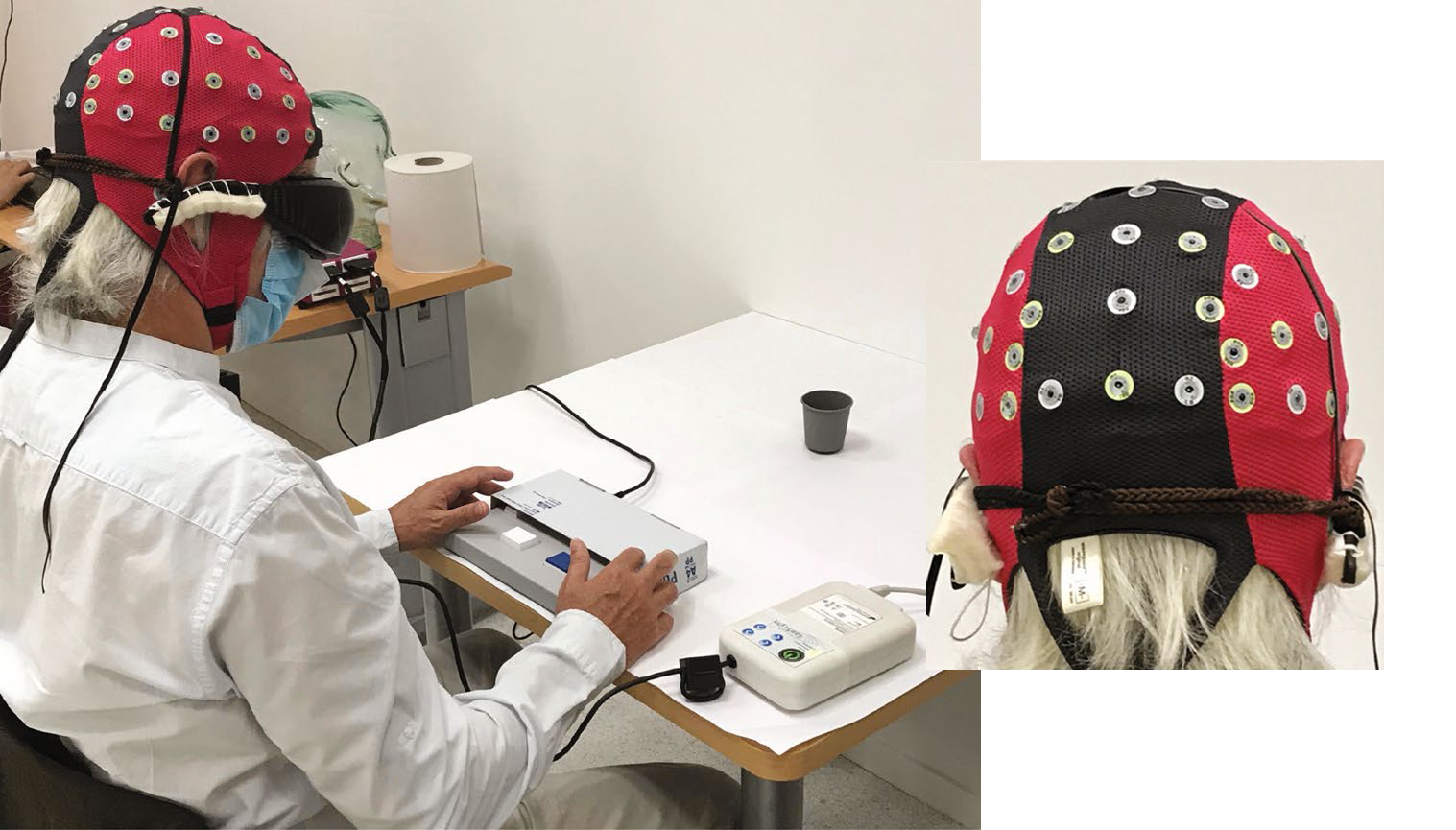 Counted the number of tumblers

placed on the table with 63% accuracy

GenSight Biologics’ lead product candidate, LUMEVOQ® (GS010; lenadogene nolparvovec), has been submitted for marketing approval in Europe for the treatment of Leber Hereditary Optic Neuropathy (LHON), a rare mitochondrial disease affecting primarily teens and young adults that leads to irreversible blindness. Using its gene therapy-based approach, GenSight Biologics’ product candidates are designed to be administered in a single treatment to each eye by intravitreal injection to offer subjects a sustainable functional visual recovery.

Since 2014, a network of researchers, start-ups and companies have shown incredible imagination and innovation using Prophesee’s neuromorphic vision technology.

This has created an Event-Based ecosystem of inventors sharing their work and ideas. Their creativity with Prophesee’s technology inspires us.

We are gathering them here to inspire future inventors in turn, in the hope that, like the projects here, they create something new together and reveal the invisible.

Don’t miss a bit,
follow us to be the first to know